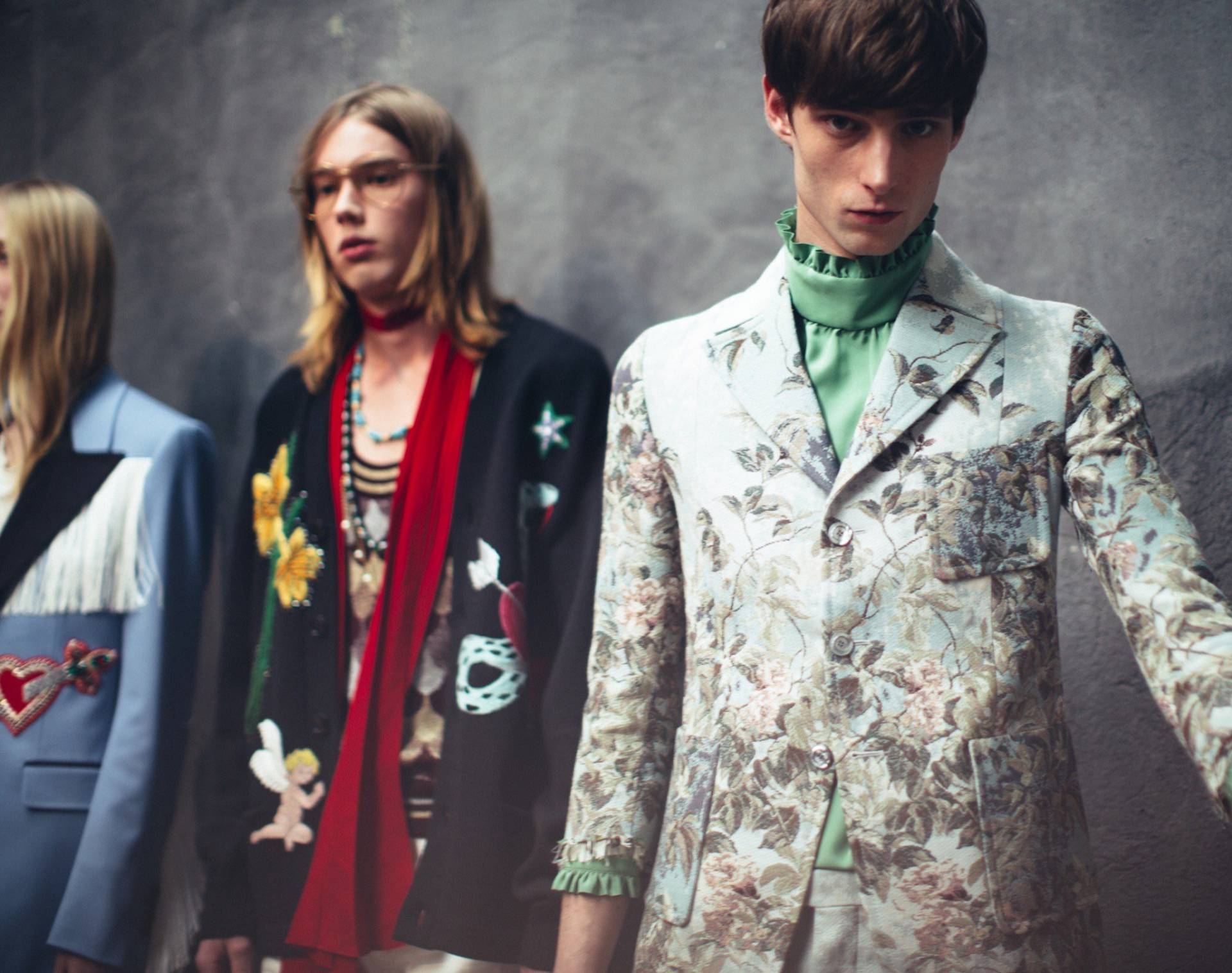 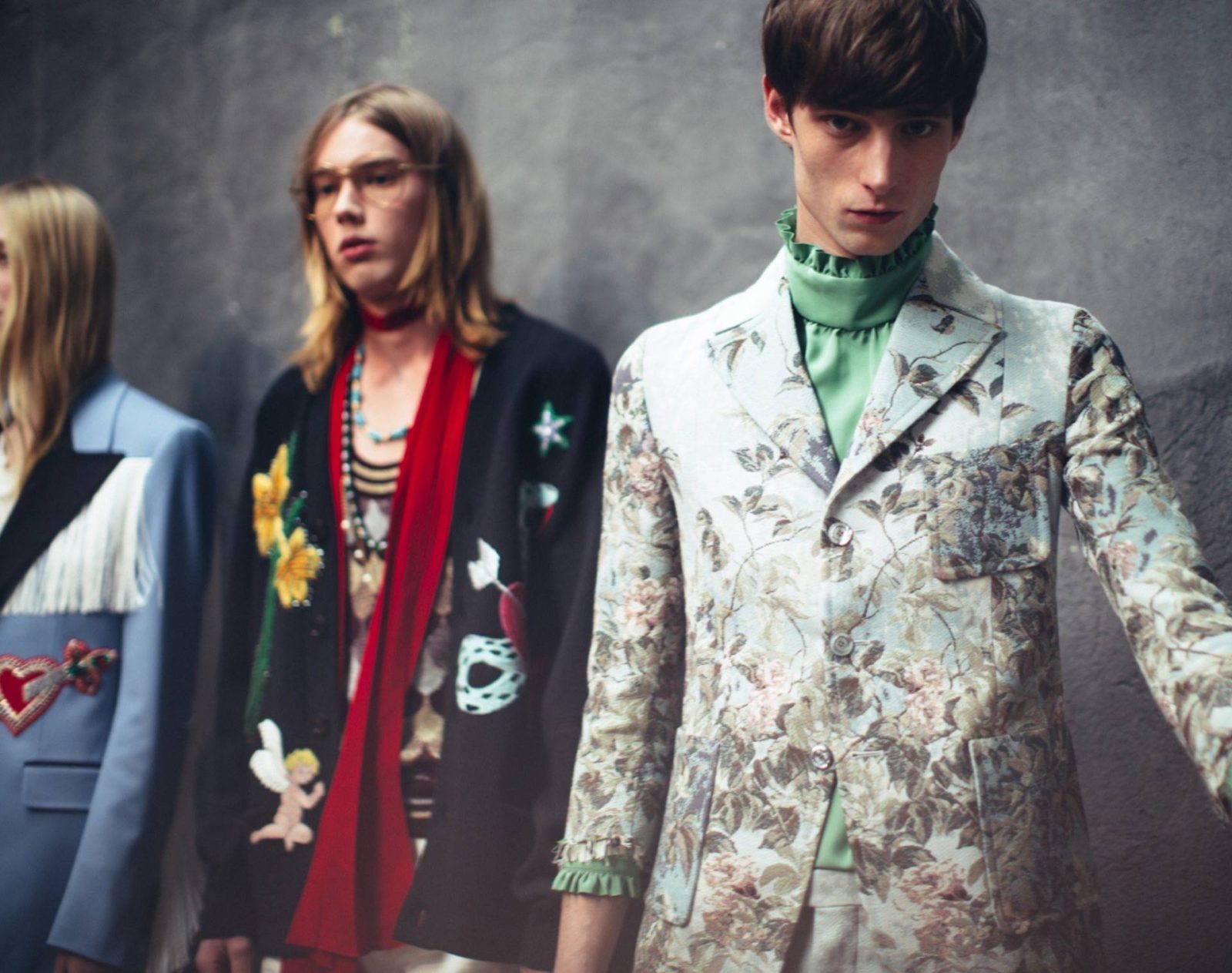 Pictures via Vogue.com for GUCCI

If you keep up with men’s fashion in any manner, you’ll know that the menswear business is growing much faster than the women’s. After all, you can’t blame anyone for wanting to look and feel beautiful (if you’re still too stuck up on masculinity, you’re missing out fellas). And while the men’s industry still needs improving, brands are starting to inhabit the space more with one key ingredient: androgyny.

Again, Gucci’s Alessandro Michele sets the prime example of a forward thinking aesthetic that’s true to androgyny’s definition. It used to be embedded in plain classics (think grey T-shirts or joggers) that both genders can wear. But Michele adds feminine elements to the too-austere masculine menswear and makes the ambiguous more ornate and romantic (think pussy bows, decadent florals and detailed embroideries).  This opens up new selections that were once inaccessible to men, and in fact a new market that has huge potential.

You might be thinking at this point: Who wants to wear such ugly crap? Don’t fear, with power houses like Gucci pioneering the space, it’s only a matter of time until flowery menswear becomes main stream. And while androgyny might not be compatible with every brand’s DNA, it certainly is a long term strategy that can prove to be financially rewarding for others. So start saving up those granny floral shirts and embrace them for the future.