5.5 years and hundreds of outfits after, I take my final strut in Waikiki.
In JACQUEMUS and OSMAN

I’ve struggled with this decision for the past year or two, but it is official: my blog is coming to an end. I won’t completely disappear from any trace of social presence, but I’ll no longer proclaim myself part time influencer/ blogger/ whatever you want to call it.

I started this blog almost six years ago midst of what I call the blogging boom: when every person who had “taste” had a blog and wanted to become Insta-famous. For me, genderless fashion was never the intention I dove into this platform with, but rather I strove to capture my style/ creative direction and perhaps land a job out of college. And it did wonders for both. I slowly built an audience with my editorial direction and eventually landed my first job at Condé Nast, where my hiring manager was also an emerging talent in the social space.

Then came the genderless fashion. As I found myself gravitating towards “women’s” fashion and seeking to stand out, I became more and more involved in the gender fluid space that was still very much a niche in 2017. As I progressed from floral shirts to tunics to shirt dresses to gowns, my confidence in expressing myself got bolder each step. In those moments, I felt special and empowered, a kind of validation that went hand in hand with growing likes and followers. Paired with the very little negative feedback often associated with men-breaking-gender-norms, I found myself in more elaborate, expensive and fantastical pieces that were out of the box and visual stunners.

If you haven’t already sensed that something’s wrong with how I described my path, in essence, I created an ego monster who eventually enslaved me. With each new ‘like milestone’ I hit, I strove to seek more exclusive pieces with higher-level concepts that challenged how I approached my work. I was no longer shopping for myself but rather buying content for the sake of the grand visions I projected. Yes, there was some validity to improving my work and yes, there were moment of truths I was hitting with my content, but it was not practical and spiraled my shopping habits. I was spending excessive hours and money looking for the next treasure and found excuses for my shopaholic habits by labeling myself as a fashion person who “just got it”.

On top of the validation seeking tendencies, as any person on social media would know, being present on Instagram not only detracts from everyday presence, but in fact exacerbates anxiety. When certain posts performed well, I felt good; when some posts received no attention, I took that poor performance as a reflection of myself. The growing stages of my social platform were filled with many highs and many lows, with many of the lows resulting in questioning my self worth and ironically purpose in life. My sole sense of self was dedicated to the image I was trying to portray and any hit to it, felt like my life was on the brink of collapse. 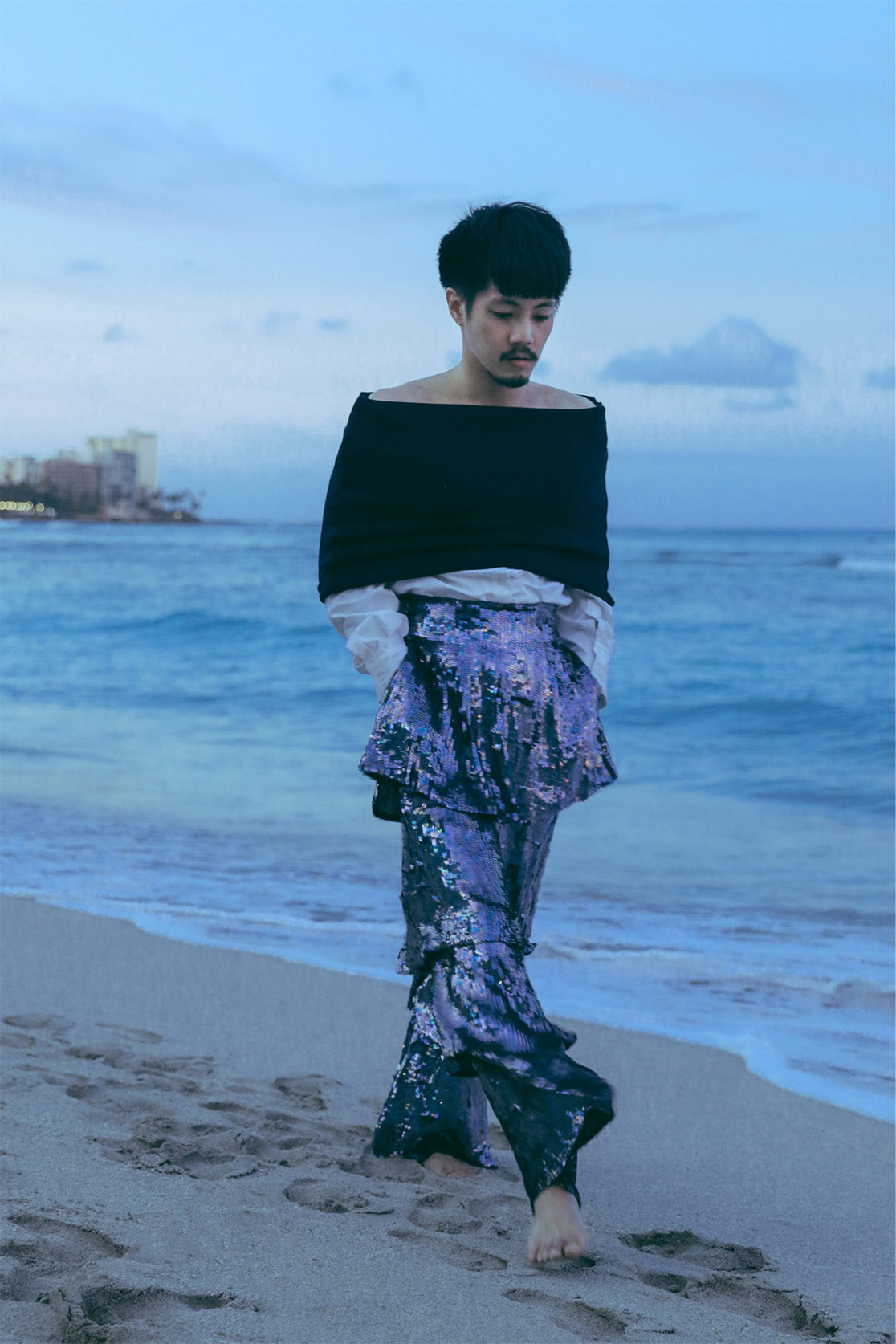 Of course, there were many moments of joy too. With each concept, I reveled in ideating concepts, outfitting, working with my friends to help me capture those moments and sometimes funny situations only bloggers/ influencers find themselves in. For example, would most people find themselves almost tipping into the river on a log while it’s snowing? Probably not. The joyful flow of creativity in some ways were pure and a good escape from the mundane life that I was actively fleeing from. Those moments, I’ll never forget.

But as I reached a point where each concept and outfit became a repeated iteration of the next, I found myself bored. Bored of the endlessly seeking, bored of the excessive materialism and bored of the cyclical angst tied to likes. I felt like I was going nowhere despite living life in a more unfiltered and bold way. No matter how many people lauded my work, the pursuit of fabulousness felt hollow.

When COVID shut the world down in 2020, unlike most, my shopping habits only worsened; I replaced trips, experiences with more stuff. Fast forward to early 2021, after a long stay at home in Taiwan, I returned to my New York apartment to a room full of boxes. Stuff, stuff and more stuff. If small New York apartments weren’t small enough already, my room was at that point a storage space for cardboard boxes. As I proceeded to unbox each material good, the immediate gratification gradually morphed into a sense of disgust. Disgust for the excess and disgust at myself for allowing to engage in such behavior. I could feel myself actively wanting to vomit from the sheer amount of mental puke I was accumulating. And in that moment, I knew something died. I didn’t know what it was, but I knew something died.

Without going into too many details, I later found out that what I went through was a glimpse of ego death and enlightenment. My ego, which was so stuck up on needing to stand out and feel better about myself, manifested through the fashion/blog and the algorithm only continued to feed into it. And after the structures of my ego collapsed, I very soon saw life from a different lens: one that was less opinionated and instead more kind and more equal. Life was no longer about good or bad or better or worse, but rather as just is. And as part of seeing things just the way they are, my visions for a fabulous self and grand concepts also vanished. I found peace in flow and not needing to prove myself to anyone anytime.

For the following period, I continued content creation out of habit. I pulled up old concepts I brainstormed pre-death and worked with existing pieces that never got shot in my closet. Although the anxiety tied to performance dwindled, the whole endeavor felt misaligned with where my soul was taking me. 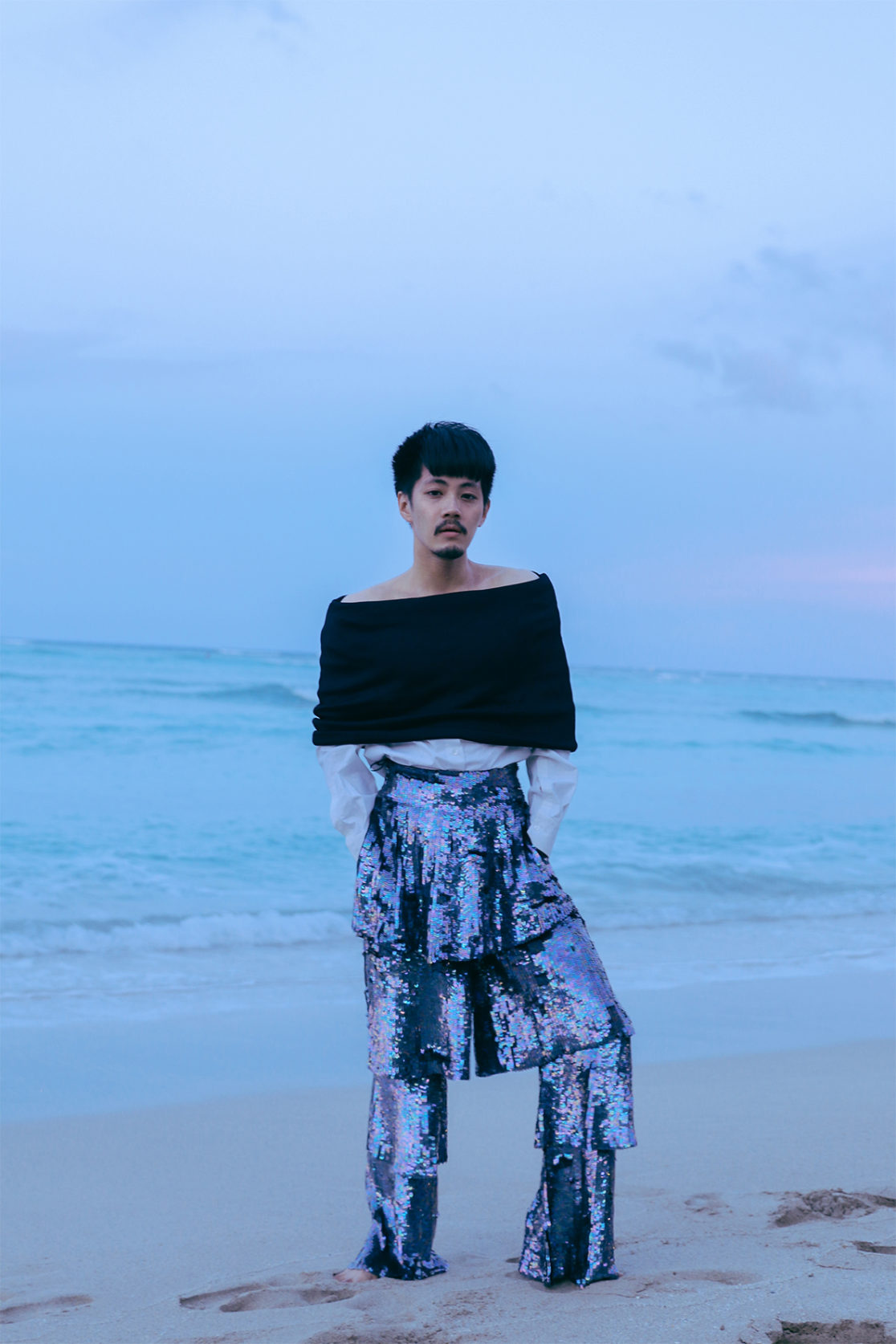 A few months later, while I was on an airplane ride to Hawaii to meet my friends, I reflected on what attachments I was clinging onto that no longer served me, and the answer was this blog. It has been this blog for a while, but I was too scared to admit it, because it was how I identified myself and how I connected with the world and the people in it. Letting it go meant leaving behind “comfort” of life as I knew it and also friendships built on that foundation. Certainly, an unnerving thought.

But throughout the Hawaii trip, as I lied on the beach, felt the warm sun rays and for the first time, relished in the salt water brushing against my eczema skin, I knew that life would never be the same. I deep down understood that all the grand experiences and fancy clothing I sought were armors that I hid behind for a long time, and it was time to let go. They perhaps served their purpose for a specific time, but part of going with life’s flow means moving onto a less fabulous, more grounded path. I knew that I will win in life not by living for others’ opinions and my own for that matter, but by being present. Being present in the company of family, friends and a kinder self.

As I strolled down Waikiki to the crisp clicks of the camera, I felt the trickling sand down my bare foot and heard the surfers plunging into the welcoming waters. As I look up and down trying to capture the essence of my last photoshoot, I felt an overwhelming sense of gratitude: gratitude for my friends Karen and Tiffanie waking up early to help with the shoot, gratitude for everyone who supported my creative path, gratitude for all the suffering the blog induced and gratitude for the growth it allowed me to have. This blog is a gift that captured all of my emotions, whether bad or good, and will always be a significant milestone of my life. I may or may not resurface online with a different spin on life, but for now, Aloha, old fabulous Matt and Aloha, new chapter.

I am truly grateful for each and one of you reading this and everyone who has followed me along this path. 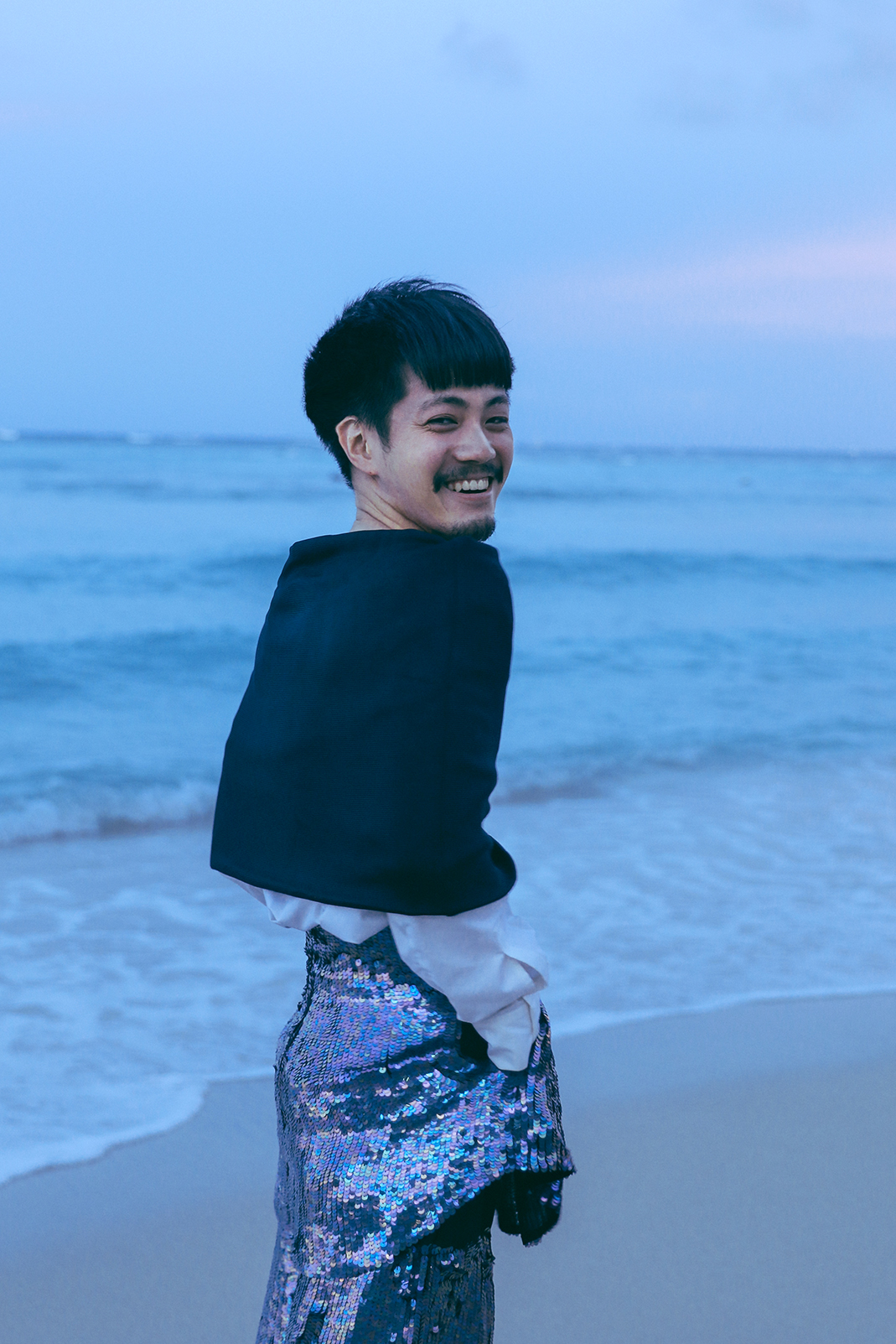